February 28, 2011
Well, it finally came! Ron and I had been anticipating the convention and were so excited to go on Saturday. This was our first time. Although it was very cold that day it was a beautiful sunny day. When we arrived the parking was already full so we had to figure out how we would get in. Then after a Carl's Jr. break, we braved the trek again. This time we saw here he could drop me off right in front. Yeah! Then he found some parking up close and didn't have to take a super long walk.

We finally got in there and there were so many people, vendors and crop space. Plus they had classes and workshops upstairs. I definitely had sensory overload. But after a while we got through the rows. I brought a few things but my best buys were the Spellbinder dies and mats. Great price!

Me & My Big Ideas was one of the most popular booths. They had boxes of packaged goodies and those ladies were going crazy. It was so thick in there you couldn't get a plate between them. :) It looked like kits but whatever it was there was a line waiting to get in there. Another popular one was company that had lots of items for $1 or $2.  It was busy but not crazy but I decided to past. Not Ron! He had to go in there to get something for a dollar. He is a good bargain shopper. :)

After a few hours of walking around and seeing the sites we were pooped out. But we had fun! Next year, I hope to take some of the classes and of course more shopping!

Here are a few pictures from the day. 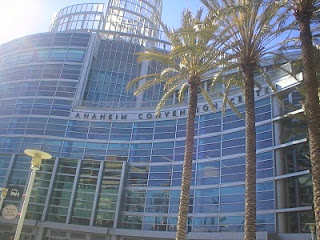 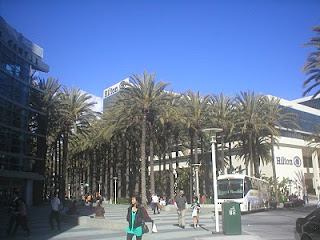 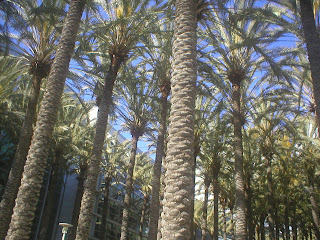 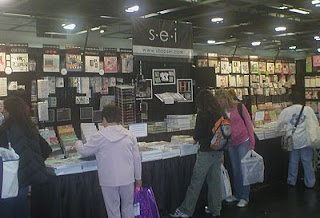 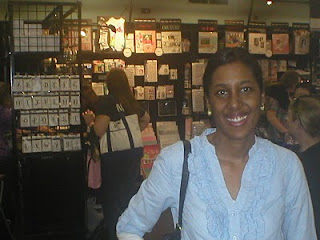 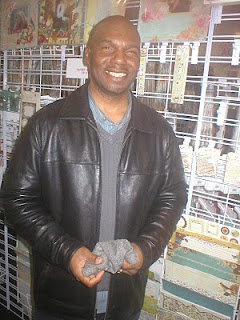 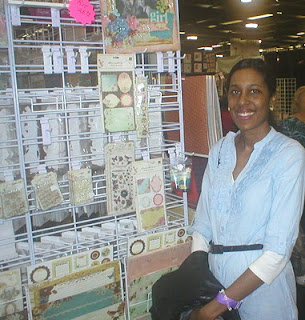 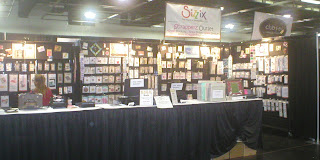 Popular posts from this blog

July 12, 2019
Today's "Inspired She" features my first guest, Nylene Budge of Utah. I first met her years ago when I was an excited and new card maker and scrapbooker. She led an online group called the "Pokey Peas" at Two Peas in a Bucket papercrafting website.  She gladly welcomed me and the group cheered for me.

Over the years, not only have we shared our various creative projects but we have shared our lives. What a sisterhood! Thanks Nylene!!!!

Nylene is a wonderful crafter, wife, mother, grandmother and even great grandmother. Although I know she would blush when I say this, but she is a master at making scrapbook pages and greeting cards along with other crafts.

One of her precious gifts is hosting an annual Summer craft camp for her grandkids at her home.  Even her husband offers his woodmaking arts to the event.

This year's theme was Dinosaurs. I love that she is passing on her passion for crafting to the next generations. These are fun memories they will alw…
9 comments
Read more

June 12, 2020
Today's post is about a super cute mini journal album. I was inspired to make this project after I watched Mark Montano's YouTube Mini Art Journal tutorial. He always does great crafts and I had to try this one. Check out his YouTube Channel and his Website.

Here is my NEW YouTube tutorial video. The journal size is 2 1/2 x 3 inches. All you need is some cardboard, glue, lots of patterned paper and scissors/paper trimmer. These little booklets are a fun way to document your thoughts and pictures. Also, your kids would love this! Take a look!


I had a ball making this album and I had to make a few more.


You can used up some of your stickers, scraps of paper and other supplies to fill up these little books. I hope you will give it a try.

Thanks for visiting and have a good day.
2 comments
Read more

February 20, 2020
Happy Thursday! As many of you know I love making greeting cards and I have made tons of them since I started in 2006. When I saw Anna Griffin and her products on HSN years ago, I was in love. Since then, I have bought several of her popular card kits.

Last year, I was interested in buying a few individual pieces for card parties and my own personal use. I bought a box of patterned, prefolded 5x7 cards, a die set with embossing folder and  two boxes of card toppers. Finally this month, I had all the pieces to play around with.

Today, I am sharing some of the cards I made and how I did them. Take a look.


Now, I put the pieces all together and looka here!


Here are the links to Anna Griffin and HSN  Thanks for stopping by. Have a nice day!
2 comments
Read more